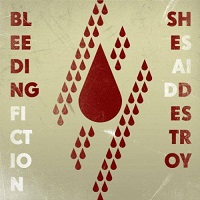 By all accounts, no one is going to do a better one-song album and/or EP than Edge of Sanity’s Crimson from 1996. It was an unfettered gem and pure stroke of genius from a band that peaked at just the right time, then went down in flames a few years later. Beyond that, one-song efforts have been largely scattershot, with the likes of Meshuggah, Green Carnation, and Moonsorrow producing mixed results. Norway’s She Said Destroy looks to tip that scale in the right direction with their totally-killer one-song Bleeding Fiction.

Sonically patterned after post-metal heroes such as Isis, Cult of Luna, and Ghost Brigade, She Said Destroy proves to be equally adept at bringing together brutish and beauteous moments across the track’s 27 minutes. The pre-requisite build-up occurs at the song’s start, heading off (naturally) into a slow-build sludge riff section that is graced by uh, “graceful” melodies. From there, SSD works in concert

with each other at constructing the song, traveling through lush acoustic landscapes, bass breaks, and staggering grunts from singer Anders.

Like most bands worth their salt in the post-metal fray, She Said Destroy understands that a song

is a journey and the chase is just as pleasing as the catch. On Bleeding Fiction, the Norwegians open up an entirely new portal of which revelers of this style can enjoy. A must-have for anyone who clamors for metal that is thawed-out, ethereal, and challenging. 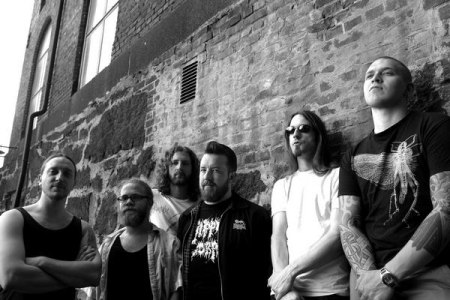