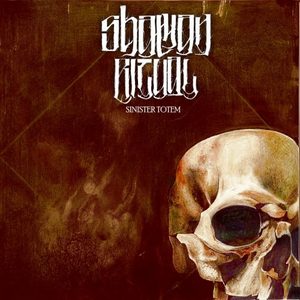 Finnish black/death metal with a melodic touch is what Shaman Ritual provides for their first effort, Sinister Totem. First released independently by the band earlier this summer, Caligari Records have stepped in to provide a limited cassette run (according to the band’s Facebook, a different label will also be releasing a version on CD in the near future). So it appears that the band is already making some headway in a relatively short time.

For a black metal based act, they do avoid one of the easiest pitfalls of the genre by not relying on blastbeats and complete fury to overstimulate the senses. Instead, the band wages a more melodic onslaught – though never outright in the sense that they’d be labeled as melodic black metal. There’s still plenty of vitriol across the six cuts here, but with the usual tempo being more in the mid-range, it opens up a lot of opportunities for hook-based riffs and melodic leads. Even in shorter cuts like “Hunt for the Mist,” where the band does ramp things up with intensity and tempo, they still rein it back towards their stronger suit and go into some darker and slower riffing. Some of the leadwork on tracks like “Shroud of Infinity” even offer a bit of melancholy to the mix, and give the band a broader brush to venture into with future material.

Those who still return to acts like Dissection should find Shaman Ritual much to their liking. Even if it doesn’t go beyond the usual expectations, it’s quite well-done for the sound and should provide a springboard for the band to go further (at least in terms of melody and melancholy). And with labels already keen to the act, there’s a very high chance we’ll be hearing more from them soon.