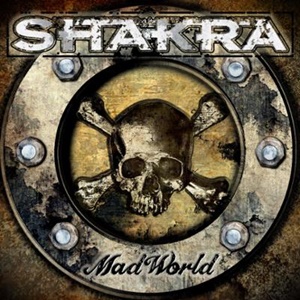 When done well, there’s nothing quite like addictive melodic heavy metal / hard rock. Sharp musical hooks, solid rhythm section mechanics, and addictive choruses are three aspects that catch the ears, shake those bodies, and make you forget about any struggles of your day. Swiss band Shakra have been a part of that scene since the late 90’s, now up to their twelfth studio album for Mad World. In anticipation of the band’s 25th anniversary together, it’s fitting that these twelve songs continue in a traditional manner that allows the band to tow that line between older classic hard rock and embellish aspects of driving melodic metal with a small nod to modern acts that they love and respect.

As guitarists Thom Blunier and Thomas Muster set the foundation through a bluesy-based approached of riffs and transitions where both get the chance to be a force, be it mid-tempo and hip-shaking for “When He Comes Around” or more spirited and guitar hero/highway-cruising in orientation for the follow-up “Thousand Kings”. Subscribing to a basic AC/DC meets Motörhead-like power approach from drummer Roger Tanner, it’s evident that opener “Fireline” plus the slower, militant/cultural comfort groove during “Fake News” showcases the man’s versatility, feel, and ability to adapt to the changing atmosphere and feel each song puts across. Singer Mark Fox has been back with the band now since 2016’s High Noon, and his confident, bluesy mid-range to higher nature gives Shakra that extra commercial boost, a professional attitude and level of execution to give the choruses that stamina and staying power – check out “When It All Falls Down” and the title track for those singalong nuances that won’t leave your brain. The record concludes on a reflective, emotional note through the ballad “A New Tomorrow” – Mark using more of his lower register and the arrangement building out through a carefully crafted, meaningful lead break that more bands should inject into their material.

Those who miss the spirit of say 1987-1991 in the melodic hard rock/metal community where bands like Skid Row, Dokken, Tesla, and maybe a bit of Alter Bridge or Judas Priest factor into the mix, Shakra will bring those good times back to the forefront. Mad World won’t set cash registers on fire, but it’s solid, good-time hooks and fundamental songwriting abilities will keep the party going strong. 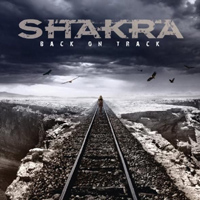