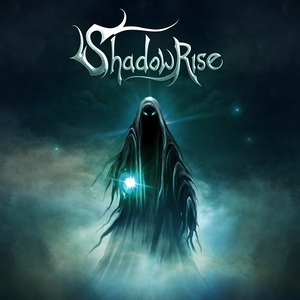 First encountering Shadowrise two years ago with their Escape from Shadow Island release on Bandcamp, it was clear there was some potential in the band’s ability to string together several genres of metal and mash them into something that was coherent, aggressive, and altogether catchy. Their full-length debut Shadowrise fulfills this promise and sets them as being fully capable future leaders in the genre.

Shadowrise’s strongest selling point is that they don’t easily fit into a preconceived sound or niche. Elements from symphonic and power metal repeatedly collide with a full-on melodic death metal ferocity (one that leans to the thrashier and blast-y side of things). In doing so, they can take a track that is over-the-top bombastic in regards to the symphonic elements (“Evil Conductor”) and ground them with metallic fury. One of the album’s strongest tracks, “The Chosen Vessel,” is chock-full of high-tempo melodeath riffing (along with a killer solo) and aggression, lacing it with some synths to create a darker atmosphere, and brings in a melodic sing-a-long chorus that’s far more power metal than pop-oriented. That’s not to say that they can’t lean further in one direction or the other at times to mix it up, with more symphonic tracks like the upbeat “Power of the Moonlight” or epic “Atlantis” or the bludgeoning “Cryptkeeper.” Truthfully, there’s not a track here where you won’t find a riff or a lead that grabs your attention and runs with it, be it melodic or heavy (or both).

The band never feels compelled to stick to the conventions, and that doubles for the vocals as well. Sung vocals don’t necessarily mean the music becomes more melodic as “Lost in Time” introduces early on, with cleans atop blastbeats and shredding riffs. Laura Guldemond has an impressive range, from snarling growls to soaring cleans (she has some back-up on both from guitarist Jack Streat at times), and uses them to enhance the band’s more visceral range. The power metal influences on her vocals give them added strength and keep them from being too sugary-sweet. Though her work on the more melodic “Echoes” casts her in an equally compelling light as any of her contemporaries.

With only an EP and full-length to their name, Shadowrise set themselves apart by taking familiar elements and crafting music that feels fresh and invigorating. There’s enough carnage to pull in the heavier end of the melodeath crowd, while still appealing to the symphonic/power audience with their catchy songwriting. Shadowrise is an album that revels in the contrast of light and darkness, leaving the listener utterly fascinated in the final result.