Shadowborn – End of an Age (Self-Released) 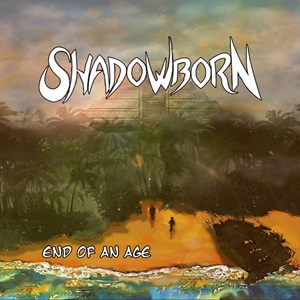 Forming in 2016 after the dissolution of Age of Shadows (whom this scribe reviewed their Maiden Voyage full-length back in 2015 for this site), vocalist Jesse Tyler Hellsteed and bassist Patches O’Brayer gained new members to delve into a new breed of melodic alternative metal in Shadowborn. Do not let the sub-genre scare you though, as their debut EP End of an Age features many NWOBHM/traditional/power aspects to a musical cocktail that’s as respectful of metal’s past as much as there are hints of the future. These four songs feature driving riffs, searing twin guitar harmonies, solid rhythm section mechanics, and the resolute, powerhouse vocal melodies to drive everything home, which speaks to the time and quality that’s commendable for a quintet early in the group’s career.

Eschewing any extraneous intros, the crisp guitar harmonies from Keith Goehner and Sean Augustus that open the title cut give off that Satan/Iron Maiden vibe, culturally relevant to the bygone times and nostalgia taking place lyrically – it’s a catchy aspect that allows Jesse to delivery a gritty performance while soaring to falsetto highs during the chorus. The follow-up “Empire” ventures into more of a commercial, melodic hard rock arrangement, the drums very straightforward against a mid-tempo riff template, as if early Dokken were running into Accept. Thoughtful clean guitars and bass open up Jesse’s mid-range and soulful melodies during “Bygone Times”, his theatrical nature perfect when the song kicks into distortion mode, plus the contrasting background vocals make this a dynamic offering that Shadowborn can expand upon through future outings. Most traditional/NWOBHM maniacs will be swept into the addictive twin axe actions, circular and momentum changers even though it’s not exactly off to the Yngwie/shred Olympics. Jesse has a killer range – crossing from moments of Freddie Mercury/Myles Kennedy to Bruce Dickinson/Matt Barlow throughout these four songs, one of those singers who given the right material can take things to that next level for respect and professionalism. You feel the ‘weary traveler’ he sings about in “Follow the Stones”, the driving closer that showcases their power metal stance and an intriguing bass spotlight from Patches against understated clean guitar picking during the mid-section.

Next time around the band may want to seek out a stronger drum sound, as it’s not as punchy as one would expect for a metal effort – but that’s only a minor quibble for an otherwise enticing, potent first EP for Shadowborn. Western New York still has some talent abound beyond the extreme genres, so seek out End of an Age if you desire melodic, traditional metal with that power edge. 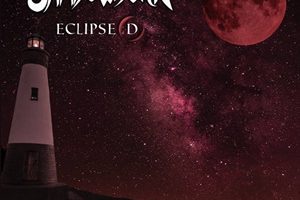