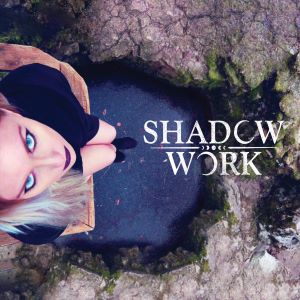 Anyone remember the band Swarmageddon and their stunning 2020 debut, Inhuman?  If not, the first order of business is to do that, as its one of the strongest hidden gems in melodic death metal that has been released in the last few years.  Why mention it now?  Well, Shadow Work is an offshoot consisting entirely of members of Swarmageddon, which sees a musical birth with this Disillusioned EP.  Grabbing a modern metal sound and distorting it into something more personal and extreme at times (much like Swarmageddon did with melodic death), Disillusioned knows how to showcase its roots while keeping it fresh.

With a 5-song debut, there’s no time for filler, and the band takes a different approach to each track.  Electronics and ambient sound effects echo off of groovy riffing and an ethereal chorus in “Solar,” which lingers more in clean vocal territory – but with Marion Volle’s impressive roars, it’s nice to see that they aren’t absent in the sometimes dreamy track, giving it some extra weight to throw around at the right moments.  “Say Hello to Your Demise” takes a more upbeat and punk-y attitude to it, with dominating riffs that eerily yet smoothly transition into something that wouldn’t sound out of place on a grunge release when it eases into a chorus (which has some faint Garbage vibes).  Follow up “In the Wind” has more upfront Spiritbox and Evanescence notes to it, from the heavy underling atmosphere to its slow burn approach, really giving Volle well-deserved accolades as the guitars slowly rise up from the background into lumbering giants by the end of the song.  “Wreckage” then swerves between these towering grooves and snarling roars with more ethereal clean singing and gentle electronic atmosphere.  The EP closes with “Shadows,” which has a nice blend of electronic and gothic tones, all the while still keeping a large number of hooks to pull you in.

Disillusioned is a great introduction to what should be a high-flying act within the more modern areas of metal.  They balance what could be considered more hard rock elements with some genuinely throttling grooves and fierce screams, offering a more unique feel than what many other bands are putting out.  Much like Swarmageddon, Shadow Work are a real diamond in the rough and deserve every bit of attention that is aimed in their direction. 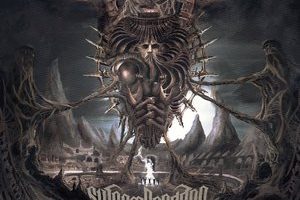