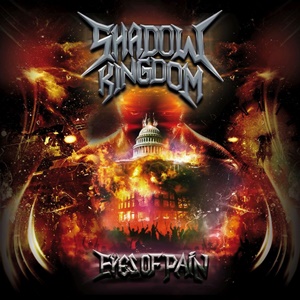 When life throws curveballs in the game of life, you learn to adjust and move forward, however you can. In the case of Milford, CT’s Shadow Kingdom, member changes and a pandemic may have slowed down work on Eyes of Pain, but it did not stop momentum from this release hitting the streets. Guitarist Gregory Alfonzo and singer Robert Slater are joined by seasoned drummer Nick Bellmore (Hatebreed, Dee Snider) and Obsession bassist Jeff Curtiss – delivering through these ten tracks a sound that incorporates a mixture of power, thrash, and traditional influences that siphon influences from the 80’s and 90’s acts that these gentlemen grew up on and revered.

The biggest improvement right out of the gate is the stronger production values on all fronts as far as tones, depth, and evenness on the vocal and musical sides. You can expect a thicker, driving rhythm guitar sound from Gregory that has a little bit more modern bite while shaping his melodic, power, and thrash angles to a razor’s edge right away on the shapeshifting title cut – throwing everything from speedy Forbidden-like attack riffs to more Metal Church/Armored Saint-ish mid-tempo parts riff to riff. Nick and Jeff possess decades of knowledge and experience – laying down some solid grooves and propelling specific songs like “Broken Touch” and “Nightmare Beyond” into their own niches in the Shadow Kingdom playbook, be it 80’s power/thrash or semi-staccato traditional metal with a splash of doom. There’s an energy and forcefulness to the style that Robert brings with his delivery and natural abilities – he can run the gamut from soaring high notes to gritty terror sometimes in the same track as “Until Death” illustrates. The diversity should win many over – wasting no time getting to the meat of the song, mixing up the tempos and transitions, while hitting home key choruses for “Awakened in My Mind” and “Reject Hell” to become easily solidified in every metalhead’s lexicon from initial exposure to subsequent playbacks.

US metal has plenty of appeal, especially in overseas markets that never abandoned the style when death, black or other niches became popular. Eyes of Pain stands as a testament to Shadow Kingdom’s belief in old school heavy metal with power, thrash, and melodic nuances at heart – and will win over many who hold those standards in high regard. 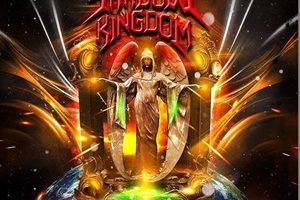