With a pedigree like the one Serpentine Path carries, it’s easy to set unruly expectations. Consisting of former members of Unearthly Trance, Electric Wizard, and even genre monolith Winter, the band is a stacked deck from the outset. Fortunately for the rest of us, Emanations is a wretched, filth-laden piece of work from beginning to end and more than lives up to the expectations set elsewhere. This is in many ways traditional doom-death, with the general pace of the latter and the moods and crush of the former. A mix of melody and dissonant bathes the leads that frequently glide atop the abyssal churn below and the drums are absolutely cavernous.

In practice the album comes across like a doomier cousin to recent purveyors of avant-garde death metal, bands like Abyssal, Altars, and Mitochondrion. Not explicitly in the use of peculiar atmospherics and worship of the weird, but in manners and overall vibe, especially in pieces like “Claws” and early standout “House of Worship.” Much like a turgid swamp of forlorn hopes opening to swallow anything that enters it, so opens and exists “Disfigured Colossus.” Throughout the album the pace does occasionally pick up, going into a mid-pace roll but it’s rare it lasts, always sliding back into the welcoming and consuming void.

It’s not a happy time and even while short by genre standards at 44 minutes, Emanations can still be an exhausting listen, though that should hardly be surprising. Burly, devastating, free from frills or any kind of positivity, Emanations kinda sits as a giant fuck you to the onslaught of the spring and the summer it eventually brings. Resonant with the chains of a thousand nightmares coming together at once (seriously, “Systematic Extinction” is eviscerating), this is the kind of album where all your good times go to die.  And those dreams won’t be trampled lightly underfoot, they’ll be crushed beyond meaning. 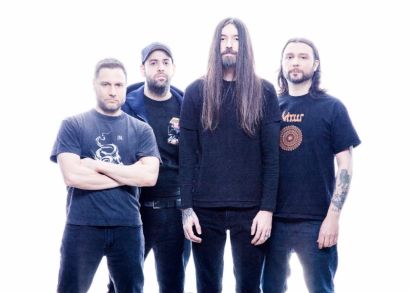 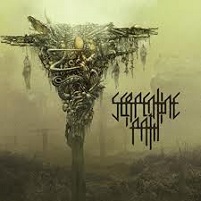