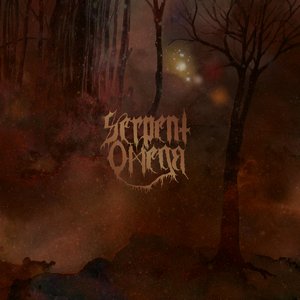 Sweden’s Serpent Omega took their sweet time to release their much-anticipated sophomore record II, but the wait is definitely worth it. Urskogr’s piercing shrieks were sorely missed and the band has delivered a record that hits the mark on every track.

“Orog Nuur” graces the listener’s ears with new member Fast Feet Pete’s forceful drumming and tortured vocals complimented by snaking bass lines and monstrous riffs. A delicious tremolo sends the track off as “Land of Darkness” rains unholy thunder on your unsuspecting beings. Serpent Omega has done quite a feat of writing doom songs that don’t strictly adhere to the genre’s stifling conventions, which makes the abuse of the repeat button for this record justified. Woeful cleans highlight the longest track “Rivers of Reversed”, as the band’s command of funeral pace and unrelenting intensity threatens to consume anyone fortunate enough to come across this record. “Av Aska”, a sinister ambient song with whispered vocals closes the album in an unnerving fashion, a fitting end to a record that relishes in the real hell on Earth.

With an album like II, the long gap between releases definitely made it worth the wait, as Serpent Omega channeled chthonic fury into a concise half-hour record that’s very much worth your time and resources.