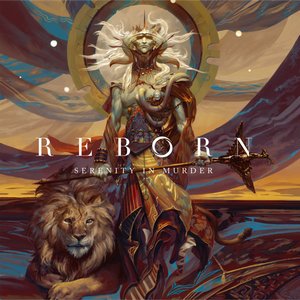 It’s been four years since Japanese symphonic melodic death metal act Serenity in Murder released their third album, The Eclipse. Since then, they’ve acquired a new vocalist in Ayumu and bassist Yu-ri. Perhaps the reason why the album is entitled Reborn. Speculation aside, the band has not lost a step, with Reborn being their strongest release to date.

Combining soaring, bombastic synth elements to a melodeath base has been Serenity in Murder’s thing, and that’s no different here. The coating of catchy yet energized riffing that works as the band’s foundation is thoroughly enjoyable on its own. While having a modern feel, the band never relents and sticks to the heavier side of things (vocally as well), which means that the melodies really have to stay front and center. That’s never a problem, due to the band’s tight songwriting (generally 3-4 minutes per track) and not allowing a lull in the process. Due to the emphasis on the symphonic end, they can sprinkle in more gentle moments (the instrumental “The Four Seasons”) and bring them up to a full on orchestral metal attack. Driving cuts like “Anthem” bring in chunky grooves as well, bolstering the band’s sense of heaviness and working as a nice switch up from the more grandiose synths and triumphant melodies. Not that one really needs much of a break from them when they high such high marks as they do with songs like the mid-tempo roller “Sea of Stars” or speedy and soaring “Beast in Human Shape.” The final piece of the puzzle, new vocalist Ayumu fits well with the act with a nice variety of growls and screams – something old school melodeath purists will appreciate.

It’s too bad that Serenity in Murder hasn’t been able to snag a larger presence within the community. Their symphonic and melodic songwriting is on par with the strongest ‘big names’ around, and Reborn is chockful of hooks that are going to stick with you for a while. A no-brainer for anyone seeking melodeath in 2021. 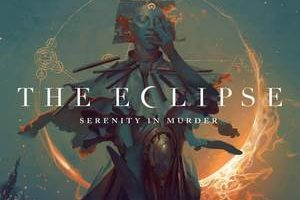