Selcouth – Heart is the Star of Chaos (I, Voidhanger) 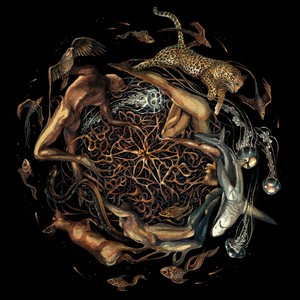 Arcturus’ La Masquerade Infernale was certainly an album ahead of its time. It seemed to spur an entire avant-garde metal movement that has only gotten more jazzy, progressive, and strange over time. Certainly bands like Peccatum, Solefald, and others helped to solidify the movement, bringing us closer to the band in question, Selcouth. This international act takes many oddball elements, but never seems to mold them into a compelling listen.

On paper, Selcouth sounds like a real home run. There’s progressive and jazzy tones to their music, some post-rock vibes, and both operatic and gothic inclinations. They never really push into the more extreme end of the avant-garde spectrum and that’s okay. There’s enough going on musically that they do not need to. It takes turns that are more unexpected in nature, and goes towards that circus-y, creepy feel that La Masquerade Infernale did so well at times (“Of Hopes and Lost Treasures”). There’s even some vocal diversity, utilizing both male and female singers that incorporate several styles.

Unfortunately, it never really takes-off like you’d hope. There’s nothing to fault from a technical standpoint, but the music is just kind of there. You’ll hear a few things that might sound interesting but they are all but forgotten by the time you get to the next track (or the album ends). The vocals, due to the nature of the music, don’t really push towards being compelling either. Occasionally they border on hokey (see “Sunless Weather”), but most of the time it just doesn’t seem to grab the listener – a real problem when much of the album is vocally driven. The one saving grace seems to be that of some effective guitar solos (“Below Hope”), but soloing alone isn’t enough to save the album as a whole.

Listening to an album like Selcouth is frustrating. It seems like it should all come together, but it never seems to hit the stride it’s shooting for. It just needs an energetic push to tie it all together. Hopefully next time around.