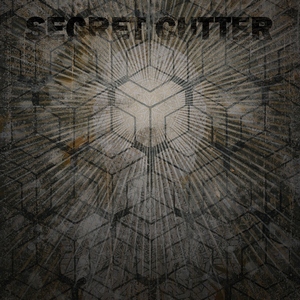 Where is the line between metal and noise sometimes? For some, it’s a matter of taste, but for Bethlehem, PA’s Secret Cutter, it’s a fine art. They seem to be able to just skirt the line into the metallic section while creating what’s nothing less than a hulking, bulge of noise and sludge. Their debut reeked of it, and Quantum Eraser leaves an even more foul, noisy odor as it exits.

Heaviness that makes your jaw occasionally drop is Secret Cutter’s forte, and they milk it for all it’s worth on this release (even more so than on their self-titled release). Each track, whether it’s a lumbering giant of slow moving riffs (“Bended Knee”) or an explosive, grind-y feast (“Vow of Obedience”), comes back to the same unifying statement of ‘that was heavy.’ It’s daunting and intimidating in the best of all ways. There’s a barely a break to be had from the madness at hand. Thankfully at 30-minutes, it avoids overstaying its welcome, but even with that time span, it’s hard to deny the one-dimensionality of the product. It oozes heaviness, but at the same time, it ends up leaving the listener a bit numb to it all. Sure, there’s some variation along the way, particularly in the tempo department, but the riffs don’t seem to have much catch to them other than the way that they rumble in the moment.

In many ways, Quantum Eraser raises the flag of ‘come for the heaviness, stay for the heaviness.’ For those looking for a premium level of abrasion, Secret Cutter have the formula that will make you leap for joy, or at least knock you over when you listen through the speakers. But outside of pure heavy thrillseekers, there’s not much lasting appeal beyond the sheer thundering riffage. 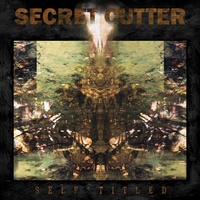