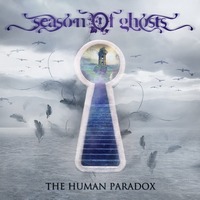 Those who remember Blood Stain Child’s excellent 2011 album Epsilon will certainly call to mind the vocal talents of Sophia Aslanidou. After leaving the band post-Epsilon, Sophia has settled into her Season of Ghosts project, combining extreme metal and rock influences, industrial and electronic elements, and a sci-fi/futuristic feel. Sound a bit like Epsilon? Fans of her work with Blood Stain Child will find themselves right at home with The Human Paradox, but don’t expect an exact copy.

While there is a bit of what made her work on Epsilon so fantastic, there is definitely a unique spin with Season of Ghosts. For starters, there are some heavy, distorted guitars throughout the album (see “Genesis – The Phoenix Sydrome” and “Quantum – Through the Looking Glass”), but it lacks much of the “deathly” presence of her former band due in part to Sophia being the sole vocalist (as opposed to the co-vocalist). There are a few death shouts along the ways though if it pleases the masses. Along with this shift in sound comes some more dance/electronic influences, such as the thumping beat to “[NE]:MESIS – The Kiss of Justice” where there is barely a guitar to notice. Not that it’s a complaint, as Sophia’s vocals work quite effectively and are the definitive highlight of the album (as they should be). There are two more ballad-esque numbers as well, with “The Road to Acheron” being the cut of choice from these two, having a darker feeling than most of these types of songs. There are also some more melodic, mid-tempo numbers like “Beautiful Eternal Things” rounding out a pleasantly diverse album.

Season of Ghosts has already tapped into an original sound with their debut The Human Paradox. The strength of Sophia’s vocals should do the trick for most, and the variety of heavy and electronic should find a place among many. After Sophia’s depature was announced from Blood Stain Child, it’s great to know that she’ll be sticking around. 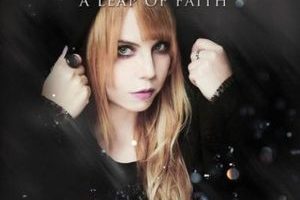 Season of Ghosts – A Leap of Faith (Self-Released) 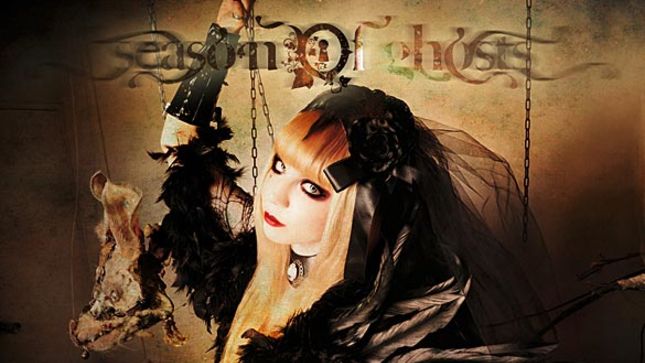