Brief, but fantastic was the career of U.K. extreme sludgesters Iron Monkey, who only have two full-lengths to their credit, the latter (Our Problem) considered a cult classic. The band would fold shop in 1999, its members splintering off into the different corners of the underground, the most notable being vocalist Justin Greaves, who holds court in underrated rockers Crippled Black Phoenix, and now Se Delan. As it comes to be, Se Delan is yet another entry into the “not metal, but worthy of a gander” category, playing a restrained, enchanting brand of atmospheric rock that should get its hooks into the Anathema, Antimatter, and latter-day Katatonia crowd with The Fall.

Greaves (who handles all instruments) is joined by Swedish female vocalist Belinda Kordic. The mood is satisfying dark and reflective, loaded up with sparse acoustic guitars, pregnant pauses, and the haunting vocals of Kordic, who routinely casts a shadowy, earthy vocal caress across the album’s ten songs. She’s at her best during the moon swoon of “Little One,” where mournful melodies and soft piano patterns set the tone. “Beneath the Sea” is the album’s most eventful cut, set to the tune of marching, rolling drums and a 60’s peace-vibe chorus that please to “Please put your weapons down.” More importantly, it’s a gem of a track.

Additional highlights include the shimmering “Today,” the haunting “On My Way,” and “Lost Never Found,” which serves as the album’s darkest and most discomforting moment. Above all else, these songs get better as they go along, with Graves unassumingly pitching in the musical dirty work; a careful acoustic guitar brush stroke here; a well-timed piano flourish there, resulting in an album that has the capacity to cast a line to metal’s more reflective and contemplative lot. But most of all, The Fall rarely runs out of steam. Don’t sleep on this one. 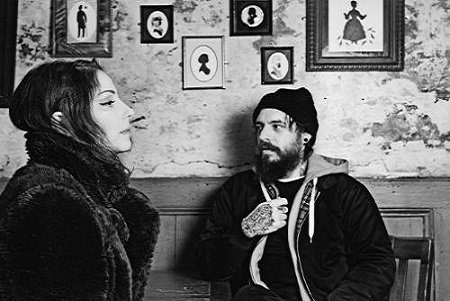