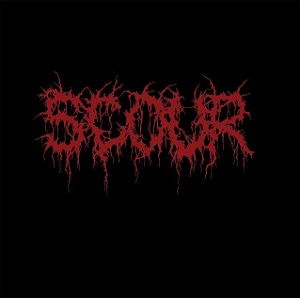 Got to hand it to Phil Anselmo: The man stays busy. He could easily remain at home, collecting Pantera royalties, hop on the nostalgia circuit and collect some easy bucks. Instead, Anselmo stays remarkably busy, filling his time with various side projects and full-scale bands. Scour might be the best of his extreme metal bands. Featuring current and former members of Cattle Decapitation, Decrepit Birth and Pig Destroyer, Scour’s unrelenting take on extreme metal not only gives Anselmo another platform for his acidic vocals, it’s also just simply quality metal, as evidenced by their Red EP.

Anselmo’s right in the pocket here, mixed to the point where he’s neither above nor below the music. Granted, he has to keep pace with drummer Adam Jarvis’s furious blast beats alongside grind-on-black metal riffing (it does not get any faster than “Piles”), but he sounds rather comfortable here, sometimes getting down to pure death grunts while employing Scandinavian vocal staggers.

A Dave Otero production job tops it all off nicely, providing a clarity and throttle generally not found on Anselmo’s projects. And, at six songs, all quick, with some atmospheric interludes tossed in, the Red EP is the rare union on a veritable metal icon and some extreme metal dudes who clearly know what they’re doing. Everyone wins.