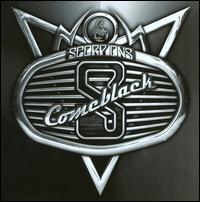 Forget about “Rock You Like A Hurricane” for a second and think about what the best Scorpions song is. It’s not found on Comeblack, an assemblage of re-recorded songs and covers that span the Germans’ entire career, so you can rule out any of the band’s radio/stadium hits. “The Zoo” is always a good candidate, but it’s slowed down mightily here and lacks its original pop. “Big City Nights” comes close, but it’s conspicuously absent (and the video rules). Still thinking? Let us continue…

Since their supposed “farewell” tour and subsequent “farewell” album Sting in the Tail was released in 2010, the Scorps have stayed mightily busy. And in between their various goodbyes to every country on God’s green earth, they managed to hit the studio to record Comeblack as a way of updating their classics. It’s a really stupid idea that a lot of bands (Testament, Anthrax, Amorphis, etc.) have fallen prey to. You’d think a veteran band like the Scorpions would know better, but then again, they did pop out 1999’s pop-flavored Eye to Eye.

The usual fare is present, including awesome rockers like “Blackout,” and “No One Like You.” Some odd covers including “Ruby Tuesday,” (The Rolling Stones) “Children of the Revolution” (T-Rex) and oft-covered 80’s classic “Tainted Love” don’t exactly mesh well with existing Scorpions classics, making this sort of a mish-mash compilation; the kind of thing only a legendary band could get away with. Fledging bands would be advised never to do something like this, obviously.

Quite difficult to dispute the power of the Scorpions’ back catalog, yet the band simply scratches the surface on Comeblack. As expected, it’s a pretty worthless release and comes nowhere near the originals. Plus, it doesn’t have the band’s best song on it, which is “Don’t Stop At the Top.” What a rocker (like a hurricane) that is. 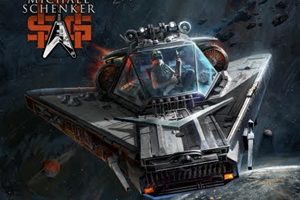