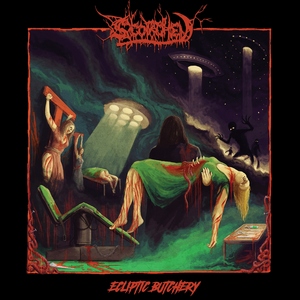 Scorched has been making the rounds as a newer US death metal act worth getting to know. Through a few well-received demos and 2016’s Echoes of Dismemberment, there’s been buzz building in their direction. Ecliptic Butchery doesn’t do tons to advance the band, but it’s quite well put-together death metal from beginning to end.

Scorched is rooted in the old school mentality, but avoids an easy classification of summing a few classic bands into one. If anything has been done with Ecliptic Butchery, it’s brought them further away from that, particularly with the embrace of some added gloominess and slower tempos. They still go balls to the wall at times, which would be disappointing if they didn’t, but there’s more of a sense of restraint and control in their songwriting. Tracks like “Disfiguring Operations” and “Darkness Infests” balance these murky grooves and sluggish riffs with explosive payoff. These contrasts make for some gripping tunes, and the album stays remarkably consistent as it continues. The slowdown and crush, accelerate and rip method doesn’t get old, partly due to how much ‘fun’ the songs are for the genre, albeit a massive groove or feral blast. Though it does stick to the conventional with the approach, there isn’t going to be a single extreme metal fan that is going to fault them on it.

Ecliptic Butchery is everything that fans of Scorched (and old school death metal, for that matter) have come to expect. Some small tweaks to the formula here and there, while keeping all of the fun and snarling aggression at maximum capacity. Pretty much a no-brainer for anyone interested in this sort of thing. 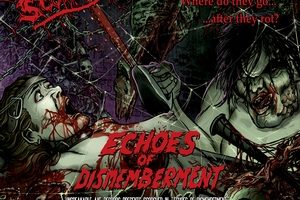