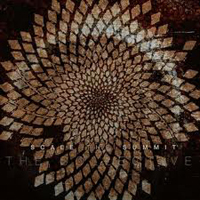 Considering the musical chops within the Scale the Summit ranks, it would be easy for them to go off on endless wanking sojourns. You’d do it if you could play this well. Yet, the Houston-based all instrumental rockers have congealed on The Collective to create a spacious, mellow, and thoroughly interesting album, one that should have them in line with the Pelicans and Long Distance Callings of the world.

Like 2009’s excellent Carving Desert Canyons, Scale the Summit is quick to dole out melodious guitar streams on The Collective, ones that are part-Dream Theater, and part-modern rock. Yet, there’s this delicate feel to what’s going on, just check out the sinewy and graceful portions of “Secret Earth and “Black Hills.” You’d be hard-pressed to find two songs that are this balanced and peaceful in the instrumental rock/metal field, a credit to the imposing guitar tandem of Chris Letchford and Travis LaVrier.

The rocked-out portions of “Whales” and “Gallows” reveal the band still wants to toy with being metal, while “Apenglow” reflects the poignant moments Opeth usually revel in when Akerfeldt is done bellowing his head off. Additional gems include “Balkan,” and the bass-led “Drifting Figures,” which sees bassist Jordan Eberhardt take more of a prominent role.

Not the slightest bit surprised Scale the Summit have made such a jump with The Collective. This, along with Long Distance Calling’s self-titled album are two of instrumental metal/rock’s shining stars for the year, and we’re not even at the halfway mark. Being that it’s so easy to get lulled into the post-rock stream that Pelican and friends have down pat, Scale the Summit are carving out their own identity, thus owning up to the notion that they have truly arrived on The Collective.