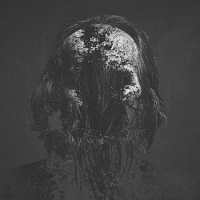 The literal representation of what a Norwegian black metal “all-star” band should be, Sarke, even with their advanced pedigree, remain a peripheral quantity. The main draw with the band is one Nocturno Culto of Darkthrone, who lends his patented forest croak to the proceedings. The rest of Sarke is comprised of former and current members of standouts such as Satyricon, Khold, Old Man’s Child, and Spiral Architect. Case in point: There’s some serious BM dude-age here, but they haven’t had their bust-out moment.

Nevertheless, Bogefod checks in as the band’s fourth album to date, a concept album about Torolv Bogefod, he of the Eyrbyggja saga. (DR had to look this up since such tales aren’t exactly a known commodity here in North America.) Concept aside, Bogefod is paced by and large by the barrage-a-thon drums of the band’s namesake member, who also handles bass duties. Cuts like “Blood of Men” and “The Wicked’s Transient Sleep” both burn and rage like a wildfire, further fanned by Nocturno Culto’s indomitable vocals. Mr. Culto’s best performance happens to be on “Evil Heir,” which oddly enough, is the most Satyricon-sounding song on the album, chalk full of those near-rock, weird chord structures that Satyr seems to be permanently infatuated with.

Bogefod succeeds because of its pacing and variation. Even the album’s noticeable departure track, “Dawning,” a female-sung cut, works its way nicely into the overall proceedings. But beyond “Dawning,” Bogefod is total Norwegian meat-and-potatoes black metal, very much aware of its place in the grand scheme of things, all the while keeping an eye on the sound’s storied past. Plus, the Sarke gents could have totally played it safe and relied on old rules and tools…having the gall to work in a concept while not losing their bearings speaks volumes. 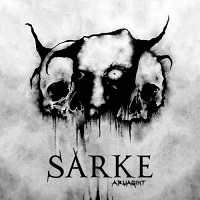