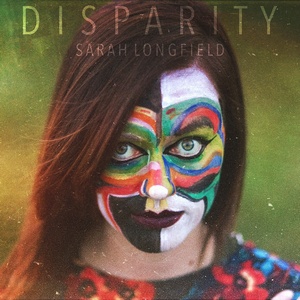 While she might not be a household name per say, Sarah Longfield has managed to build up a solid following over the years on YouTube and has been garnering media favor for her skills as a musician. Most recently, her spot on the Wintersun tour should have caught her on the radar for even more metal fans. But with Disparity, she’s bound to turn even more heads as she dives into a release that’s surprisingly fresh.

When one tends to think of a solo release, and one that is a guitar-oriented as well, there’s a tendency to think about shred being at the top of the list. While Longfield is quite capable of executing some incredible shows of guitar mastery (“Cataclysm”), she doesn’t tend to rely on it as the only weapon in her arsenal. Instead, she uses a variety of instruments, even a few tracks that feature some lush vocal work (“Sun”), and crafts some potent songs that deal more in atmosphere and emotion than anything else. From the playful “Citrine” to the haunting “Departure,” each track has a different flavor to it. There’s an actual sense of surprise the first time one listens to Disparity because of this, and awaiting what comes next is a big factor in the initial listens here. But once that settles, further listens help to guide the listener towards some of the intricacy that builds up the music. Some attention to detail shows the amount of layering that is present, from the occasional backing electronics to some gentle piano, or even dissecting a portion of the impressive guitar work.

An album that breaks far more ground than some are initially bound to give it credit for, Disparity shows Sarah Longfield as an artist not content to just settle into traditional ‘guitar shredder’ territory. Instead, she brings things to a whole new level of songwriting full of emotion and atmosphere that one simply wants to escape into.