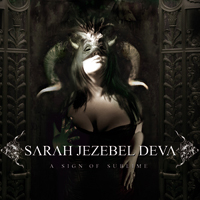 A Sign of Sublime…where to start. Deva clearly can’t carry an album herself, or she just was dealt some really bad material. It’s quasi Goth/symphonic metal at its most awkward, embellished with some poorly-placed nods to Cradle of the Filth, the band Deva typically makes the rounds in as backing singer. Not even the aid of keyboardist Martin Powell (ex-My Dying Bride, Cradle of Filth) and bassist Dave Pybus (Cradle of Filth) is enough to rescue this total wash of an album. Quite the shame, as Deva’s other solo foray (Angtoria’s 2006 effort, God Has A Plan For Us All) was a keeper. This is not.

Deva has a quality, husky voice, capable of busting out some memorable notes. However, the only ones we can directly point to are on “She Stands Like Stone” and “Your Wonderful Chair.” The rest doesn’t feel well-suited for her vocals, especially the incredibly lame “They Called Her Lady Tyranny,” which sounds like a really bad Cradle of Filth cover band rendition. Deva should leave the rapid vocal chanting to Dani Filth…as annoying as his vocals can be. It’s a no-win situation, obviously.

Forays into the world of symphonic metal work somewhat well, as in the bombastic “The Devil’s Opera” and “A Newborn Failure.” The atmospheric “The Road To Nowhere” is mildly redeeming, but “Daddy’s Not Coming Home” is a giant misstep, only compounded by the wretchedly bad cover of Meredith Brooks’ “Bitch.” Run for cover, folks.

While it’s doubtful A Sign of Sublime will hurt Cradle’s position in the metal scene, the album comes with a full-fledged “Buyer Beware” tag. Do not let the fact Deva is a member (or backing vocalist, rather) of Cradle of Filth, and don’t be swayed by the parties involved (i.e. Powell and Pybus). A Sign of Sublime is one of those “Don’t touch with a ten-foot pole” albums. 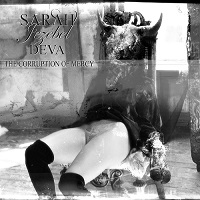