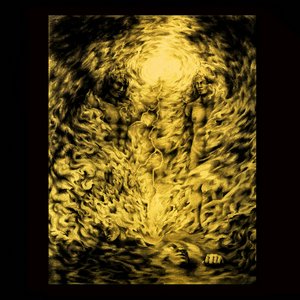 An uncommon sight for a band to release two separate albums in the place of an ordinary debut. While Shores of Avarice is a reworked version of an independently released album (of an almost identical name) last year, Storm Mysticism is wholly separate even if it speaks exactly the same language. What is that language? Old world black metal with minimal frills with ambient touches, with each album moving only at the pace that it chooses.

Shores of Avarice opens with such an example: “Bloodborn Veneration” is a two-part ambient guitar piece, surging in waves without a sense of urgency for the whole of its eleven minutes. Similarly Storm Mysticism opens with “Tormento De La Nieve”, a sinister bit of synth work with ties to Terminator 2 and follows with the acoustic guitar piece “Siete Rayos”.

The black metal core of each album is in its long pieces (ranging from 9 to over 20 minutes) across either album. Meditative and built on repetition, the songs change by degrees over time. Owing very much to a NYC take on the second wave aesthetic, there are no indulges in the worlds of post or broad appeal of any kind. “Shores of Avarice” demands attention while it works through its many layers, altering course only gradually as it races across its twenty-minute run time. Similarly, the longest track “Twin Flame” serves as the centerpiece and highlight of Storm Mysticism, holding a purity of focus that it does not deviate from.

And this is quite indicative of the experience across the whole of Shores of Avarice and Storm Mysticism both. These are albums working under a singular vision and if you’re not keen on that vision (or warrant it the attention it demands) it could be easy to be disconnected from the listening experience. Some find clarity through meditation while others become swept up in anxiety. Either is possible here. It’s good that these were released as separate albums as at 40ish minutes each they’re far more digestible experiences than if they had been shoved together in an 80+ minute affair.

Not that digestibility is likely a goal of the band’s design (…this seems highly unlikely) but it works to the favor of both albums. Whatever the driving spiritual focus of the band behind the music, the music itself is a solid, effective take on the basic black metal structure. You won’t play it at parties and it’s a terrible listening experience in stop-n-start traffic but the experience in sinking into Shores of Avarice and Storm Mysticism is unparalleled. I don’t doubt it’s only going to grow with time.