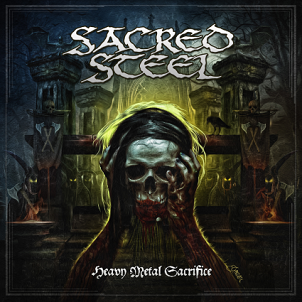 And so it goes with the Germans, who in approaching their 20th year (!), remain as devoted to their pure, unflappable metal cause as ever. To be frank, it’s somewhat admirable; Sacred Steel is sort of like Manowar, just with better songs and less loin cloths, if you will. Per the usual, one needs to contend with the acquired-taste vocals of Gerrit P. Mutz, who still possesses one of the more nasally and upfront deliveries in the traditional metal spectrum. But, give him room and he does okay, like on “The Sign of the Skull” and the surging “Vulture Priest.” Sure, most of these songs are about our beloved genre, but when you get down to it, a lot of us feel this way about metal. Sacred Steel simply puts it into song.

Hard for folks on this side of the pond to excited about metal of this variety, but in Europe and in Germany in particular, Sacred Steel are revered in traditional metal circles. It’s easy to see why. Draw up a sword-wielding, tried-and-true, un-budgeable classic metal band and what you get is Sacred Steel. May they sing songs about metal (and steel…sacred steel) for another 20 years. 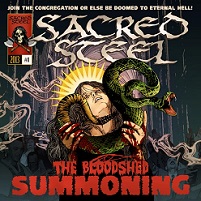