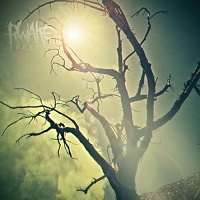 As perhaps the only metal band from Arkansas we can think of off the top of our head, Rwake have built a nice little reputation for themselves based largely on the success of 2007’s Voices of Omens. The term “backwoods metal” gets thrown about a lot when discussing Rwake, so instantly the thought of Southern sludge mixed with psychedelic rock comes to mind, which somewhat captures the jist of the band’s new Rest.

Unlike their contemporaries, Rwake doesn’t wallow and bathe in tubs of distortion overload. Rather, the better part of the seven songs

on Restscratch and claw with a harmonic swagger that mixes well with the band’s traditional sludge tactics. Opening cut “It Was Beautiful, But Now’s It’s Sour” is proof positive of this, turning a 12-minute jam into a sonically-pleasing ride through the cut. And to their credit, Rwake doesn’t back down from keeping the song in motion, doing the exact opposite of what other bands

of this ilk tend to do, which is lull one to sleep with mindless noise and feedback.

From there, the hard-lined “An Invisible Thread” upholds the band’s aggressive side well, especially when singer

C.T. begins to shout like he’s an deranged old man on a country porch. The 16-minute “The Culling” is another gliding thread of early Sabbath-on-Weedeater, but with a much better push and melodic front than anything Weedeater could conjure up. Album closer “Was Only A Dream” follows suit, as swirling melodies and C.T.’s captivating bark fill up the airspace quite nicely on a near-14-minute jaunt.

Not like the bar for sludge bands is very high these days, but Rwake might be the best thing this little niche has to offer. Thanks to their ability to make lengthy sojourns interesting, the band has another winner on their hands withRest. The rest of the sludge/stoner scene would be wise to take notice.