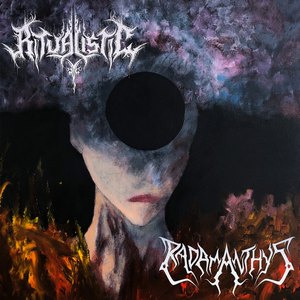 A split release featuring two death metal acts that are able to wield both brutality and melody into their sound, fans of technical yet approachable extremity should take note. Both Ritualistic and Radamanthys have both released full length releases within the past year, and if you aren’t familiar with either, this makes for a great introduction for either act.

There’s a lot of technically driven material out there currently, so what stands out with either act here. The first band up, Radamanthys, seems to do best in generating these epic sounding melodies and intertwining them with some dark and technical riffs. Their two tracks take up about 10-minutes of the overall 17, so while they are a bit lengthier, they don’t overextend and lose their focus either. Second track, “Eidelon” really excels in providing some excellent solo work and fun guitar fireworks while still delivering enough bone-crunching to keep your energy going. That energy directly pours into Ritualistic’s half of the split, where a greater emphasis on speed and ramping up the brutality a bit further. As evidenced on their debut, their particular knack is being able to inject the melody/technical stuff into a format that is short and sweet and brutal as hell. Both tracks continue to harness this ability, with “Leviathan” in particular providing a scorching yet memorable experience.

Hard to argue with well-matched splits like this. Particularly useful if you haven’t checked out either act yet and want just a small taste to start out with. Ritualmanthys showcases two lesser known acts in the extreme metal community that should be on their way up within the scene, so you’d be wise to check them out and get in on the brutal fun. 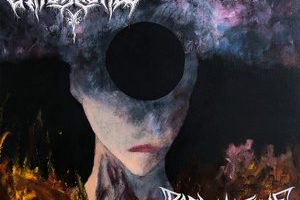 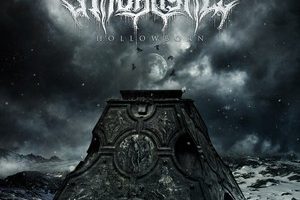