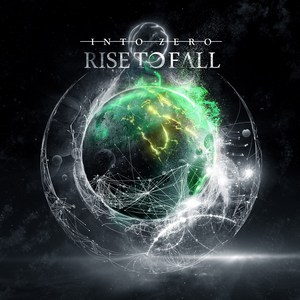 A band that has showed some continued growth over the years with each successive release, Italy’s Rise to Fall have been sowing the seeds to make a name for themselves. Playing the sort of modern melodic death metal that would make In Flames and Soilwork fans proud, they’ve keep to the heavier side of things for the most part. Into Zero sees them further explore some more melody alongside these aspects.

Rise to Fall has always been capable of fusing the melodic aspects with some thrashier tempos and tones, but Into Zero does a good job of expanding the model to include some more variation across the board. There’s still some good ole thrashers to be found, such as “Temptation Feeds on Our Weaknesses” and “The Descendant,” where they tiptoe the line between some guns ablazing riffs in the verses and explode with more melodic tendencies with the chorus (clean vocals of course). But “House of Crosses” and “Survivor” dig further into more modern aspects with the melodies – they haven’t gone and pulled an ‘In Flames’ so to speak, but the emphasis is noted. But Rise to Fall keep their musical chops intact though, with strong guitar-driven melodies even in these types of tracks, which allows them to feel more genuine and much more interesting in return. Thus Into Zero has some stronger overall dynamics to it when looked at on the whole compared to some of their previous works.

Some may raise a brow when a band like this further ups the melodic ante, but Rise to Fall show they have the sense to pull it off in a way that still showcases their strongest assets. They don’t forget about some speedy tempos along the way, and the rich melodies stand out in ways that allow the band to step out of their comfort zone while going one step further. 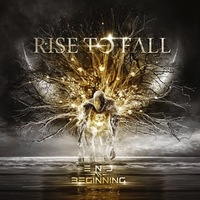 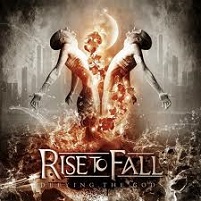