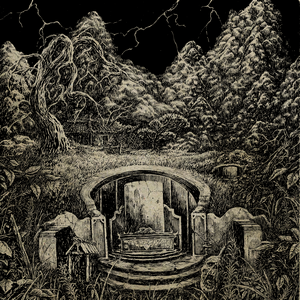 It’s immediate upon hearing the first downtuned, low-fi notes that Ripped to Shreds is going to be bringing things back to the old school of death metal. A one-man project of Andrew Lee (Disincarnation), it also must be said that despite the familiar buzzsaw guitar tone, this isn’t quite the norm when it comes to this particular style.

So what does Mai-Zang do that brings it into more fresh territory? For starters, the melodies and riff structure doesn’t simply ape Entombed for the millionth time. There’s more of a well-rounded approach to the olden days (including Bolt Thrower and Autopsy tones), and it’s one that often utilizes some graceful leadwork (see “Red Annihilation”) and some slightly more technical hues (“Black Seeds”) to get the point across. There is also a more distinct feel to the riffs even with the admittedly chunky tone, a necessity given the emphasis put on these elements. The lyrical concepts are also more rooted in Chinese culture and history (see “Yellow River Incident”), which is a plus even if you aren’t going to discover this piece without doing some research into the topic, as the vocals are as gritty and rotten as you’d hope they would be.

Outside of these elements, Ripped to Shreds deliver a competent take on old school death metal. There’s frantic intensity when the speed accelerates, and slow, crushing doom-y moments as prescribed. Overall, it’s a fun and forward-moving affair. The intricacies and subtle changes to the formula no doubt aid in Mai-Zang’s execution and flavor, but Ripped to Shreds still employs the usual tactics with lots of energy to spare. Thus, Mai-Zang stands out a bit from its peers without going too far out of the necessary boundaries.