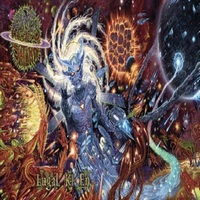 Lacking much in the way of controversy (the infamous “recording speed” debacle) that previous album Dingir had, perhaps everyone has found a new band to poke fun at. Needless to say, without those flames encircling the band, it seems Lugal En Ki has landed with nary the hype behind it. Refreshing on one hand, but it doesn’t change the fact that Rings of Saturn are not for everyone.

On the plus side, there is a definite maturation since Dingir. There are moments where the band doesn’t blaze away at absurd speeds (outside of the breakdowns), where there is an attempt at some atmosphere and discernable melody. There is also a bit of an attempt in the actual songwriting aspect, instead of solely focusing on the combination of hyperspeed, dizzying technical riffing, and deathcore breakdowns. However, it does seem the band has a way to go in terms of the delicate balancing act of technical death metal. For starters, there are still a number of sudden ‘jumps’ into breakdowns spread through the album. A bit more transition would be nice. The guitars themselves (with notable atmospheric exceptions) continue to fire off spastic, technical leads that more often than not come across as more random than coordinated. Add this on top of a tone that occasionally blurs the line between guitar and Atari game in their effort to keep up the “sci-fi” aspect, and you have a recipe that tends to be more irritating than engaging.

While the band has made some strides towards dropping their shtick and sounding more “band” than “technical showcase,” there’s still some work to be done. Give them a few more albums with a shift in this direction and perhaps there will be some gravitas worth tossing to the band. There are far better tech-death albums (on the Unique Leader label no less) to be had this year, why settle? 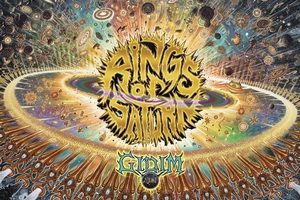 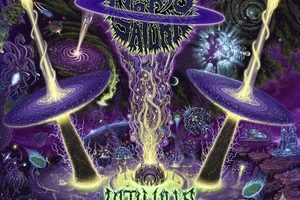