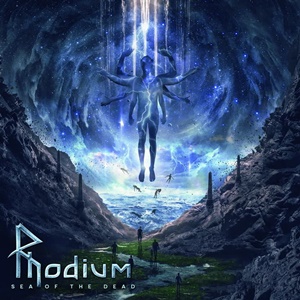 Appearing again quickly on the scene following their impressive Scream into the Void debut album, Rhodium signed with Sliptrick Records and issue their second full-length Sea of the Dead. Changes are afoot though in terms of the lineup – main guitarist Loukas Wolv Antoniou assembling a new crew of musicians to continue his power/progressive metal journey. Never losing sight of continuity with Aspa Feanor handling the lyrics again and putting more of a personal experience/ emotional slant on her thoughts, it’s obvious the quintet continue to expand on their diverse outlook on the genre and create a European/American mixture that is dramatic, engaging, and very enthralling to absorb.

The biggest change between records probably will be noticeable in the singing slot – Mike Livas taking over for Billy Vass. Whereas Billy may have had a more robust mid-range a la Matt Barlow, Mike has no issue reaching back for those higher Michael Kiske/Geoff Tate-like falsetto notes, the ones that ascend to the heavens during the bridge of “First Light of Day” sending progressive/power mavens cheering to the rafters. Musically Rhodium continue to traverse 80’s and 90’s landscapes – Iced Earth, Queensrÿche, and Sanctuary clear benchmarks, but also adding in gothic and cultural strains that sustain headbanging for the title track as well as dynamic diversity during a power ballad like “Tapestry of Time”. Unafraid to use cellos, violins, violas if necessary to flesh out specific parts of songs, you also get to hear the thoughtful and fluid lead breaks from guitarists Sergio Tellis and Loukas during the charging “Man of Honor” or mid-tempo anthem “Fight Back” where tapping and speedy textures elevate the instrumental components. Add in topics that range from advocacy for proper support of mental health and patients in “Delirio” and the inevitable end of life destiny/ thoughts for “Sisters of Fate” and the listener has plenty to process on all fronts as they gain strength and spirit from this album.

Sea of the Dead contains 44 minutes plus of thoughtful compositions and exemplary execution with these musicians playing to their strengths. Rhodium deserve credit for creating a worthwhile follow-up to Scream into the Void and hopefully setting the stage for bigger stages and developments in terms of a following. 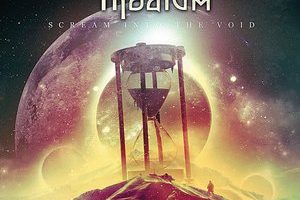