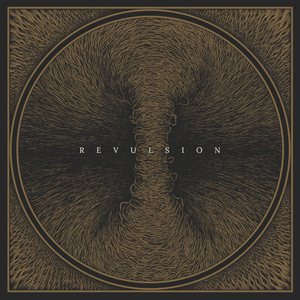 Finland’s Revulsion has been around for over a decade, though they’ve only dropped a handful of smaller offerings. That said, the years of experience have piled up and given them plenty to draw from for this first self-titled full length. This is death metal that goes hard on the aggression yet somehow stays memorable and rather fun to listen to.

Revulsion is an album that is simply full of energetic riffs that work. Multiple times in a single track, you’ll be privy to riffs that are going to give your neck a workout and still put a smile on your face. That alone should be enough for folks to garner some interest at Revulsion. It’s good ole meat & potatoes death metal, for sure, but the writing prowess that the band possesses is more than enough to augment them past many more established acts. One key factor here is how the band doesn’t just blast their way through each track. There’s a lot of midtempo here, and the riffs take full advantage of it. “Silence” is a track that absolutely revels in the mid, and delivers a barrage of memorable and dark riffs. “Pyre” is another one, and it opens with one of the most bludgeoning riffs you’ll find on the album, even if it does ramp up the speed at times. One could go one with choice picks for each track, but it’s safe to say that your ear will pick up on these things even on first listen, and it’ll simply draw you back for more.

Revulsion has a knack for sadistic yet satisfying riffs, and it makes their self-titled debut a real pleasure to dive into. Solid, chunky death metal that doesn’t rely on overdoing the speed aspects, but instead buckles down with tight songwriting and venom. Sure to leave a long and favorable impression.