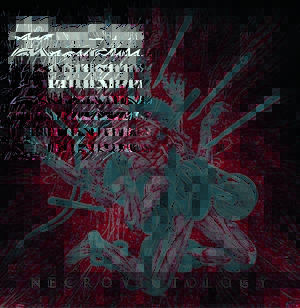 The UK’s Repulsive Vision is an act that seems to shoot straight from the hip. Playing death metal with a punk-ish directness to it, and not afraid to tackle some ‘non-death’ issues (their last full-length was titled Look Past the Gore and See the Art, after all), it’s a celebration of aggression. Necrovictology plays its role as a musical wrecking ball accordingly.

With one eye providing a wink to some of the UK’s storied death metal past (certainly Benediction, and some Napalm Death), Repulsive Vision doesn’t have a modern sound but you can’t really rope them into the retro aesthetic either. It’s just death metal, through and through. It’s pissed off and ready to dish out some fury. That straight-forward assault works for the band, even if it’s something the genre more or less relies upon. “Exterior of Normalcy” or “Blind Loyalty” attack with furious intensity, barely giving you much of a second to think, embracing a near-thrash ethos. Then there’s “Regret,” which bordered on grindcore with its punk attitude and scorching speed, not to mention short runtime. A few tracks are more fleshed out and nuanced, such as the opening “Other Than Divine” and “To Delve the Depths…,” where some of the frenetic pacing is slightly tapered with some mid-tempo stomps and are quite enjoyable. Also enjoyable is the vocal approach, which goes into more of a rasp instead of growling, which suits the faster tempos better.

Necrovictology works as a blistering piece of death metal that’s ready to fuel your desires for musical aggression. No tricks or dog and pony show here, the band just jumps right into the good stuff and demolishes everything that’s in sight.