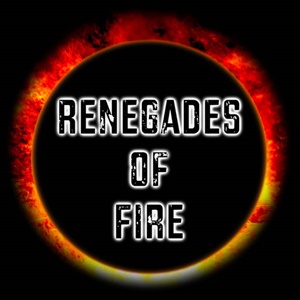 Liking their music ‘loud, heavy, and in your face’, UK act Renegades of Fire started in the fall of 2017 and rather quickly have put out their self-titled debut EP. Which can be a good or bad thing, depending on the quality of band chemistry and natural songwriting development. In the case of this quartet, these gentlemen live for an old school, straight-forward aspect to their street level metal approach – occasionally straddling thrash and commercial parameters, but still have a bit of work to do to climb up the respect ladder.

Many times throughout these four songs there are primitive missteps that possibly could have been fleshed out if seasoned ears were behind the boards. The type where intermittent lead breaks pop up a tad bit out of key during “S.A.S.”, or choruses that mirror the riff/rhythm section movement instead of stretching into fresh terrain like “Snuff You Out”. On the other hand, the slower doom/tribal change up during “S.A.S.” rears back into the NWOBHM legacy, while main harmonic point/counterpoint guitar aspects to opener “Seafarer” make me think of Primordial. Vocally Renegades of Fire live for that mid-range croon, along with supplemental gang background action that dynamically includes a bit of extremity to shake things up a bit. Wah-wah pedal action punctuates closer “Into a Bullet”, the snarling melodies nicking a little Alice Cooper and possibly the best song of the four, the rhythm section locking into this groove as if ready to take the show on the road.

Renegades of Fire to these ears need to really assess what they want to achieve in terms of heaviness and style, and dig a little deeper to up their game as far as proficiency. There’s a reason why acts like Night Demon, High Spirits, and Enforcer are engaging new generations to this style, while also grabbing the early followers of the 70’s/80’s period. Maybe chalk this one up to early growing pains, and see where this act goes down the line.