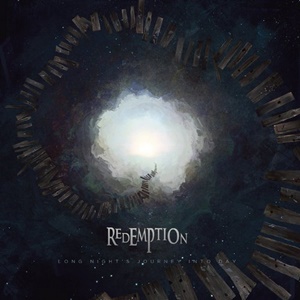 Trepidation sets in for metal followers when favored musicians make major changes to upset the proverbial apple cart. In the case of Redemption, it’s another vocalist change. Out of the gate Rick Mythiasin sang on their 2003 self-titled debut – but by the follow up The Fullness of Time Fates Warning’s Ray Alder took over those duties and has been in place for five studio records. Stepping away last year, the latest recruit is just as significant in ability to keep the Redemption machine rolling along smooth as we have Tom Englund of Evergrey in the band. Adding keyboardist Vikram Shankar as well give guitarist/keyboardist Nick Van Dyk that extra set of dynamics – and now being up to speed with the changes, let’s delve into the seventh full-length studio offering, the expressively titled Long Night’s Journey into Day.

The band still sit in that power/progressive metal category where they have one foot firmly breathing for those early heroes (Rush, Fates Warning, Queensrÿche, and Dream Theater) but another keeping in mind darker nuances or heavier / intricate elements that many modern or younger acts deliver. The band interplay in many instrumental sections for “The Echo Chamber” and “The Last of Me” is stunning – driving, pulsating, the push and pull between drums, bass, guitars, and keyboards capturing the imagination and deserving of multiple playbacks to catch every time signature change, or individual shining moment that can take your breath away. Choosing to go left-field for a cover of U2’s “New Year’s Day”, the keyboard embellishments, cultural drum spirit, crunchier guitars and Tom’s angelic grace for the vocal melodies make this a home run interpretation for Redemption. Sure there are certain segments where you can tell Nick’s propensities for the familiar go to aspects of power/progressive metal (the main stairstep guitar run around the 1:02 mark of “Someone Else’s Problem” containing many “Metropolis”/Dream Theater qualities), but as the record progresses you understand the cohesion and expansive prism of sonic ideas fleshed out. The band is just as capable of packing a progressive punch in tidier terms for five minutes on “Impermanent” (one of the heavier efforts) as much as they enjoy broadening horizons in shades of atmosphere and taking the listener on an aural venture for the ten and a half-minute closing title track.

No worries about Tom’s soulful/thoughtful voice keeping Redemption in the driver’s seat at every position – he is one of a rare few singers in this field that carefully knows the right mood and melody to convey for each song. So for those who worry that Long Night’s Journey into Day would set Redemption in a sidestep downswing, fear not – the quality remains high, and should be the headturner for all power and progressive metal followers to savor. 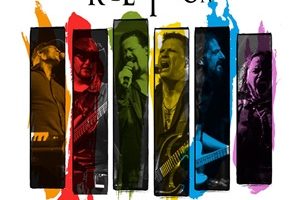 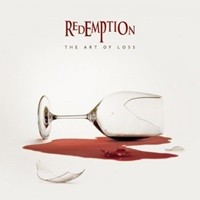 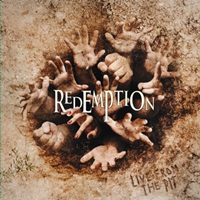 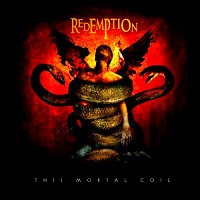