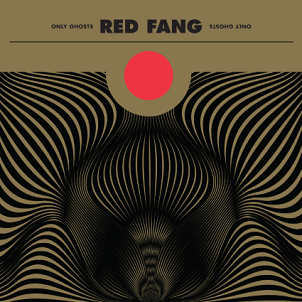 The ongoing success of Red Fang has demonstrated the obvious: Few current bands write better straight-up heavy rock songs. And no, we’re not going to take the metal bait and toss these Portland gents into the stoner bin. They’re far more intelligent than that. The sudden, if not surprising impact made with 2011’s breakout Murder the Mountains was maintained via 2013’s Whales and Leeches, and furthered with Only Ghosts. To these ears, it’s their finest work to date.

With renowned producer Ross Robinson (Korn, Sepultura) at the helm, Only Ghosts is as lively as Robinson’s previous production credits would suggest. Known for getting the most basic of emotions out of bands (ask Jonathan Davis), Robinson probably didn’t need to unearth Red Fang’s inner-most demons (maybe because they’re not that kind of band), but he did give their sound some additional cackle. Inherently catchy cuts like “Cut it Short” (what an opening riff) and “Not for You” wrestle with smart indie rock songwriting and two-pronged vocal approach of Aaron Beam and Maurice Bryan Giles.

For as bright and partially poppy as those cuts are, Red Fang’s dirty front is where “The Smell of the Sound” and “Living in Lye” have the most impact. And this is how Only Ghosts comes together so compactly; there’s a no-frills angle to Red Fang that is somewhat endearing, and when combined with their lack of pretension and ability to write cogent, beefy songs, it’s no wonder the band remains on the up-and-up.