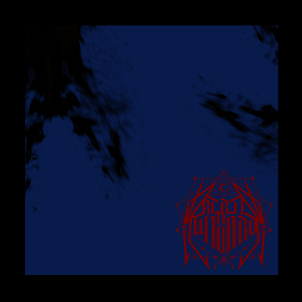 Whenever a new subgenre tag is introduced, you can almost picture lackey journalists (like this one) rubbing their hands together in anticipation of ways to use it. That’s how dependent upon descriptors and tags we’ve become. Australia’s Rebel Wizard operate under the “negative metal” banner, which doesn’t exactly explain much in relation to their sound. Main and sole dude NKSV (real name: Bob Nekrasov) cites classic and black metal as his influences, but don’t expect a proper Emperor-meets-Rainbow mish-mash on Triumph of Gloom. It’s not happening.

In the open sphere of nihilistic black metal and punky thrash, Rebel Wizard get by mainly because NKSV has the tendency to douse his songs with melodic guitar lines. The production is as such where the drums are secondary, the guitars are fuzzy, and his vocals are wallowing in the dead-zone of indecipherable yelps. And even though there’s some Maiden-like catchiness to “Trampled by Wolves and Sheep” and the Burzum-on-Thin Lizzy boogie of “Ease of Wretchedness and Wonder,” it’s only a small bump prior to the inspiring “Eat the Warlock” (really?) and clunky “Hemorrhage Wonders.”

Obviously Rebel Wizard is a wild experiment that will either work or make one (as in, NKSV) go mad in the process. Triumph of Gloom gets bottled up because of its inability to get in motion, let alone the notable lack of dynamics, production values, and streamlined, coherent ideas. It’s like NKSV threw his vintage metal LPs and black metal vinyl onto a table, scrambed them up, cross-referenced their ideas, and made an album. That’s how Triumph of Gloom sounds.