Ray Alder – What the Water Wants (Inside Out Music) 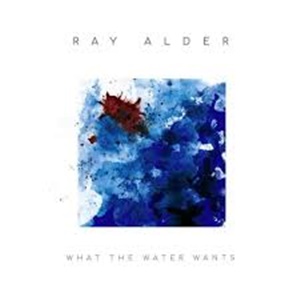 Most ardent followers of the progressive metal scene are familiar with Ray Alder – his work in Fates Warning legendary since replacing John Arch with their fourth album No Exit in 1987, and he’s also appeared through the years on numerous Redemption records beyond his own work in Engine. But this is the first true solo album of the man’s career, and it’s only natural that he wanted to veer a little off his noted discography for What the Water Wants. Rest assured though, if you’ve loved the man’s voice and melodies, there’s plenty to treasure here as an exploration of progressive/alternative rock and metal penetrates these ten tracks.

The lineup for this record includes familiar Fates Warning live guitarist Mike Abdow, Lords of Black axe man Tony Hernando, and drummer Craig Anderson – so there’s no questioning the seasoned abilities of all the musicians on hand. Opening right away with a more ambient sound splash for “Lost”, Ray’s comfortable mid-range melodies and impeccable knack for reaching that brilliant chorus remain intact. A funky/soul-oriented bass line against the guitar ripple makes “Crown of Thorns” an early album highlight, the drumming quite propulsive in its understated support of the musical movement. Ray wanted to channel some of his more modern hard rock/metal affinities at times for “Shine” and “Wait” – but there are definitely glances to his progressive stock in trade, as “A Beautiful Lie” plus “What Water Wanted” deliver some killer musical interplay moments and the occasional heavier/darker overtone. Veteran vocalists know how to position themselves best for those standout melodic moments – even the harmonies that reach out and grab you, and this album is chock full of those breathtaking aspects, especially on the closer “The Killing Floor” which has a bit of Queensrÿche-atmosphere as it goes from quieter verses to a circular, titanic-like chorus.

For the most part, Ray Alder channeled his love for outside alternative/progressive rock sounds, put in his unmistakable voice, and came out with a vibrant example of his talent in styles outside of his progressive metal norm. This should satisfy many fans who enjoy diversity as we await the next Fates Warning studio record.