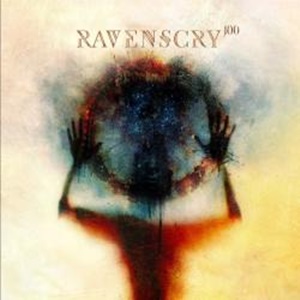 Active since 2008, Ravenscry still contain four of its five current members since inception – a rare occurrence in an industry where many bail early due to the workload and lack of instant successes that take place. Latest recruit on second guitar Federico Schiavoni came in during the interim between records, as 100 is the fourth full-length and continuing their DIY output since their second full-length The Attraction of Opposites. Embracing a style that pulls from the melodic/progressive side just as much as a gothic angle in metal, these eleven tracks possess plenty of dynamic diversity to keep the proceedings moving at adequate pacing.

Low-tuned guitars and cyber/electronic keyboard fusions set up the swirling musical foundation for opener “Maybe” – as vocalist Giulia Stefani delivers her words and melodies in a semi-operatic, semi-gothic manner, sitting in that seesaw territory between say Amy Lee (Evanescence) and Liv Kristine (ex-Leaves’ Eyes). The progressive side of the band probably comes through most on the tempo angle and subtle time signature juggling drummer Simone Carminati can execute – check out his work in “Binary” and “The Gatekeeper” that still maintains groove throughout his superior, driving cymbal/snare and fill tricks. Overall the gothic angle is the main platform for Ravenscry in terms of the music side as the chord combinations and alluring vocals have that mysterious edge, and often modern djent/stunted parts break up the smoothness as most will think a bit of Meshuggah against say modern Within Temptation when taking in tracks like “The Gamer” and “All My Faces”. There are plenty of commercial-oriented hooks, the band solid in driving home catchy choruses as “Leader” and “The Door Inside” prove.

Where 100 suffers is on the production side of things – as many will probably not be happy with the synthetic snare snap that appears to be digitized to death, which is a shame as Simone is more than a capable kit master and deserves a stronger drum foundation to lift these songs up. Otherwise Ravenscry are an adequate gothic metal band with commercial and semi-progressive twists, you just wish they would be given all the right production tools at this stage in their career to be on a similar level as their primary influences.