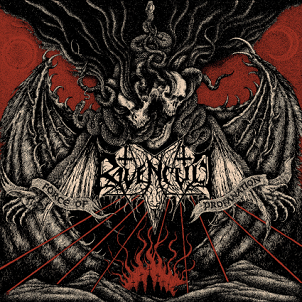 The Greek Goatwhore might be a proper starting point for Ravencult. Formed in 2001 and with a handful of demos, EPs, and two full-lengths to their credit (the last being 2011’s Morbid Blood), the Greeks are firmly entrenched in the rigorous, no-BS’ing world of blackened death metal. Considering Ravencult’s longevity and approach, it appears they take more cues from the first wave of extreme metal (see: Bathory, Celtic Frost, Venom, etc.) than they would from anything recent, which may explain why Force of Profanation doesn’t waste a second on particulars.

The eight songs that make up Force of Profanation all steer in one direction, laterally claiming the same momentum. Thus, the sheer urgency and diabolical make-up of opener “Tormentor of Flesh” helps set the rollicking pace, while subsequent jaunts like “Beneath the Relics of Old” and “Into Depths” don’t harbor much in terms of flexibility, but they effortlessly peel off scathing riff tangents and old-school bulldozing. Elsewhere, the simple brute of “In Macabre Triumph” and closer “Temple of the Void” (perhaps the song that comes the closest to Goatwhore) demonstrate a sort of relentless nature that is oftentimes difficult to maintain while sounding convincing.

A unique find by Metal Blade, a label that has scooped up a variety of bands under its sizeable umbrella, including ones with underground cred like Ravencult. The fact Force of Profanation is such a rampaging listen obviously shows the label still has its ear to the far-flung depths of the extreme metal scene. Ravencult are the real deal. 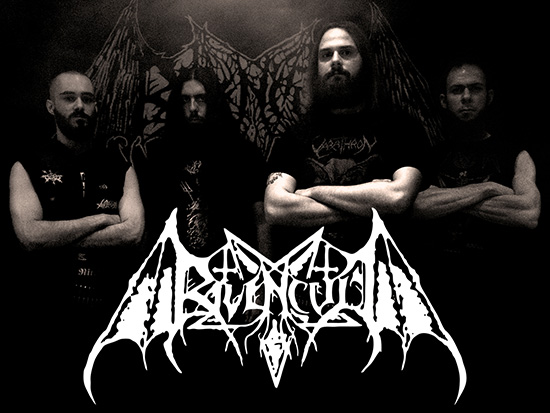