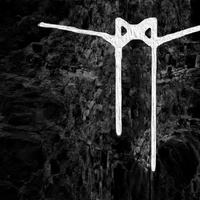 Irish newbs Raum Kingdom may have made a bit of a gaffe by listing the over-used Cult of Luna and Neurosis as two of their primary influences, but that’s what young bands are prone to do: Make mistakes. However, the overriding notion from the five jams that comprise of their debut EP is that they’re much more than the above-mentioned pair, perhaps a livelier post-metal happening with something to say and act upon. What we’re trying to say is that the band eclipses the sum of their influences. Always a pleasant happening.

Apparently, there’s not a great deal of mileage on these gents (i.e. they don’t overshare their background in their accompanying bio), so the standard ruffage of opener “Wounds” is immediately eclipsed by the far more sprawling and interesting “Barren Objects,” which features stretched-out riffing, semi-melodies, and the emerging clean vocals of Dave Lee. Here’s a hint: Clean vocals in the context of post-metal = always a winner. Therefore, this cut, along with the brief clean flutters found on “These Open Arms” gives Raum Kingdom the necessary versatility (and sonic explosion) that warrant further interest should an album of the full-length variety come down the pike in the future.

Even the mid-EP spoken word “Cross Reference” is interesting, featuring a rather heated diatribe from an Englishmen about the ills of society, a vocal excursion that is no doubt in alignment with the band’s lyrical foundation. So in all, good stuff; not totally remarkable and/or world-beating, but Raum Kingdom have the tools at their disposal to become a nice little backdoor entry into atmospheric post-metal. Plus, the band did it all by themselves. Hard to knock ‘em.