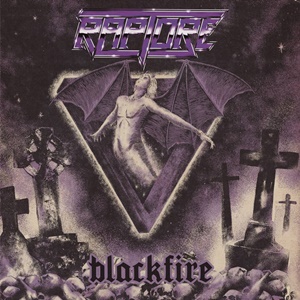 Previously coming on this scribe’s listening radar through their Rage n’ Fever debut album a few years back, Argentina’s Raptore have had a few lineup changes (plus moving to Spain) which explains the six years wait between full-length outings. Guitarist/vocalist Nico Cattoni is the lone member left from those days – gaining three new compatriots with ties to heavy/speed metal acts such as Savaged and Löanshark to arrive at Blackfire. The growth in terms of songwriting, performances, and abilities makes these eight songs measurably more enjoyable, addictive, and hearty as these musicians love their speedy brand of classic heavy metal.

Classical piano strains against guitar hero-ish parts soon transform into these high-pitched melodies/screams and blitzkrieg riffs that make “Triumphal March to Hell” a speedy whirlwind – chock full of vocal melodies that mirror the musical components, evoking elements of Enforcer and Exciter while the guitar/bass breaks provide a fluid Maiden-esque charge. The material floats between straightforward anthems in that Wolf/Accept mold like “Prisoner of the Night” or “Demon’s Lust” and explosive, up-tempo headbangers such as “Devil Ascends” – while the left field serene to speedy “Phoenix” showcases Raptore at their most adventurous, incorporating captivating clean guitar lines against the normal crunchy power riffs, allowing Nico a chance to flex his mid-range to upper register delivery that has gotten more potent and believable from his previous work. Occasional use of 80’s style keyboards adds dynamic impact with bassist Cristian Blade to make the already mentioned “Demon’s Lust” a back half stand out, while closer “Death” is a killer stomper, Nico’s upper wails and the tandem, exhilarating guitar work between Jamie Killhead and Nico should cause incessant headbanging a la current favorites Skull Fist.

Those who believe traditional heavy metal with speed, power, and classic hooks can’t be done well with the newer breed of musicians need to really spin Blackfire a few times, as Raptore will gain favor from those who live for early Enforcer, all periods Skull Fist, and a bit of that Teutonic 80’s spirit thrown in for good measure. 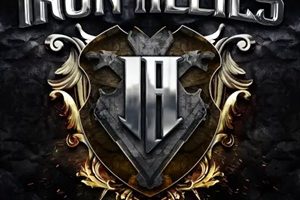