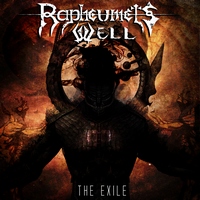 Symphonic death metal has been a style that has seen some rapid growth following the success of Fleshgod Apocalpyse and Septicflesh’s recent work. Understandably, there’s some real epic qualities that can be provided if you can get the combinations just right. There’s also an elegance to it – the meshing of beauty with the beast. The latest to come out from the woodwork is that of Rapheumet’s Well, who prove to be well on their way with The Exile.

Taking stylistic cues from both the bands mentioned in the above paragraph, The Exile brings symphonic elements to more intense and sometimes speedy death metal. Solid bursts of adrenaline, with the symphonies effectively working to provide a balance to these heavier moments, as heard in “The Epic of Darmak.” But the band is more than a one-trick pony, and frequently gives way to other flights of fancy while keeping the death metal sharp. The title track takes a more progressive approach to the brutality, with the tail-end of the track even having a bit of Black Crown Initiate flavor, complete with clean vocals to match. Other songs use female vocals as well, such as the bookends of “Resurrecting the Blood Gate” and “Planetary Cenotaph.” The symphonic elements are pretty prevalent throughout, but they do a good job of staying tasteful and providing nuance to each of the songs, whether it’s atmosphere during a guitar solo or issuing bombast during a chorus.

Rapheumet’s Well lay the groundwork for future work, with The Exile only being their second full-length. It’s firmly rooted in symphonic death metal territory, but it’s an album that is well-written and enjoyable from start to finish. The potential is there for the band to really spread their wings for album number three. 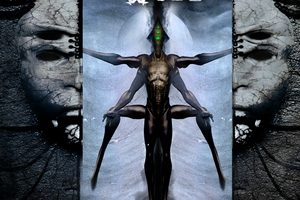