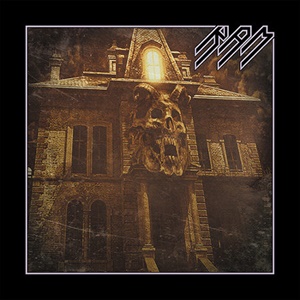 Continuing their heavy metal ways since 1999, RAM remain resolute to their ideals of what the style should be all about. Conviction – strength – power – as well as the right imagery and attitude all play a part in their discography. On a relatively quick every other year release schedule since Svbversvm in 2015, their sixth album The Throne Within keeps the band’s penchant for classic-oriented songwriting measures top of mind, while also extending some parameters that should reward the faithful and possibly indoctrinate newcomers to the flock.

The production values continue to supply a power and glory motif directly related to the best Martin Birch/Tom Allom work with Maiden and Priest respectively during the 80’s prime years for both acts. It’s obvious that templates like The Number of the Beast and Defenders of the Faith are benchmarks for the razor sharp guitar tones, haunting bass lines, and in your face drum textures when you take in “The Shadowwork” and the mid-tempo churn of “The Trap”. Natural double kick and addictive, pumping riffs allow “Blades of Betrayal” to gain that Mercyful Fate-ish meets Accept charm, as vocalist Oscar Carlquist careens up and down his sinister metal to the bone vocal register. RAM take the listener on a reflective path during the second half of the record with the ballad “You All Leave” – but it’s more of a piece one would expect from Judas Priest or The Scorpions, definitely not a commercial-oriented offering while featuring some killer licks and solo action from guitarists Harry Granroth and Martin Jonsson. Primordial mainman Alan Averill supplies supplementary vocal support on the closer “Ravnfell” – a Pagan-infused closer that should leave patrons swinging, banging, and circling with glee.

Keeping the record at a nine-song, 49-minute timeframe continues the band’s side a/side b vinyl outlook at their output – RAM very conscious of delivering top-notch material while leaving filler out in the cold. The Throne Within showcases a veteran metal group confident in their skills, knowledge of the genre, and willingness to serve up a set of songs that are dynamic enough to keep fan interest for years. That’s all you can really ask for in an ideal metal album.