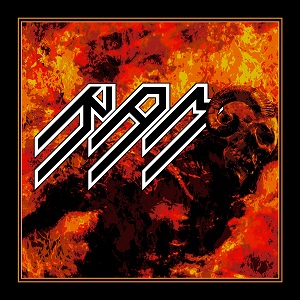 True metal bastions, defenders of the steel and possessors of one of the most effective single-syllable, three-letter names in metal, Sweden’s Ram first started to make inroads via 2012’s Death. Their first release on Metal Blade, Death was the leather-whipped hello to the metal scene at large, as vocalist Oscar Carlquist preened and prowled while vintage sorcery and nostalgic blasts came from every which way. The same held true on 2015’s Svbversvm and now Rod, an album title the band has saw fit to combine into their own name for the six-part “Ramrod the Destroyer” series that appropriately comprises the back-half of the LP.

Still very much the literal, fundamental interpretation of true metal, Ram’s get-off on Priest-over-Rainbow action provides a variety of punchy moments, whether it’s on opener “Declaration of Independence” or double-bass led “On Wings of No Return,” which could very well be the album’s high point. The aforementioned six-part “Ramrod the Destroyer” plays out how you would expect: Tales of heroism, bravery and chicanery, all set to sword-wielding, perfectly epic metal, in particular, “Ramrod the Destroyer, Pt. 2: Ignitor” and “Ramrod the Destroyer, Pt. 5: Incinerating Storms,” the latter, coming through like a kamikaze with Carlquist reaching rather ungodly vocal highs.

With a clear eye toward the past (read: Side A and Side B, perfect for vinyl), Ram has created their most well-rounded effort with Rod. The band forever does a balancing act, oftentimes coming precariously near hokey territory, but they always pull it back in time, teeth bared, solos soaring (Carlquist, too), armed with hooks and homages to metal’s glory days. But nay to that, Ram is one of metal’s current top glory-bound bands. Who needs nostalgia when you have them?