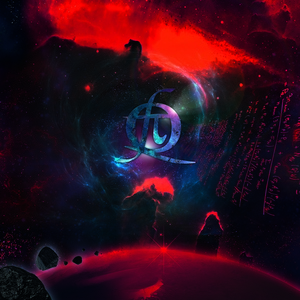 Linnéa Vikström has gained some attention from her work with Therion as a session and touring vocalist. It’s with this momentum that she has also grabbed a few members/ex-members of Dynazty to help her out with QFT (Quantum Field Theory). Live in Space attempts to bring some thoughts about the cosmos with a metallic flavor, and is successful in doing this for the most part.

A simple look through the song list gives a very clear picture about the direction Vikström is taking the music. “Aliens,” “Time,” and “Big Bang” are all referenced clearly and for the outer space/science types, it’s a cool direction to see. Musically, things are more of a smorgasbord. It’s not a bad thing by any means, but there are a few occasions that the move from track to track is a bit of a jumpy one. But on the strong side, you can get elements of Sabbath-inspired doom (“End of the Universe”), ‘80s-esque bombast (“Aliens”), gentle ballads (“QFT”), upbeat rockers with a classic metal vibe (“Big Bang”), and even a Bjork cover (“Joga”). It’s a lot to take in and consume on an initial listen, but it is really the variety that is going to cause you to return to the album. Of course, this gives Vikström a solid pedestal to broadcast a wide variety of emotions – from soft and melodic (the title track) to boisterous and powerful (“Quasar”). As a solo debut, she more than proves that she’s earned it.

Live in Space works as a collection of heavy metal anthems about the universe. There’s a lot of musical ground that is covered along the way, with even some ‘space-y’ effects trickled in. Fans of Vikström’s work will undoubtedly be pleased, as will many a more traditional heavy metal fan.