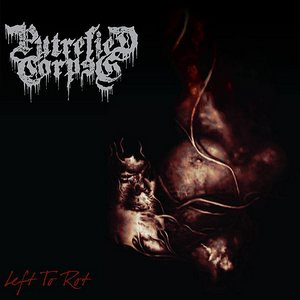 Within the bands harkening back to an old school sound, the first thing that comes to mind is Entombed/Dismember retreads. But some bands are realizing that maybe it isn’t worth it to copy the same exact thing for the 10,000th time and Putrefied Corpse is well on their way to their own rotten start with material that takes from Obituary and Gorefest instead of simply towing the usual line of influences.

Seemingly primed and ready for a cd sticker that says “pure death metal,” Putrefied Corpse have things down pat on their debut release. There are a number of distinctive cues from their Dutch elders in Gorefest (in their straight deathly era, not so much the more experimental years of course) along with some bulldozing, weighty riffs that bring them into slower territory a la Obituary, whom they also effectively cover at the end of the disc with “Godly Beings.” Some other bands, such as Cannibal Corpse (see “Smashed to Pieces”) are quick influences to cite, but for their first release, wearing their influences on their sleeves isn’t such a problem. Particularly when it comes to jumping into a style that more or less thrives off of it. The more important factor here is that the songs work. The riffs often hit all of their required marks, with some extra style points to boot. “Cordon Bleu of Her Curvaceous Body” has some of the stronger riffs to behold, basking in that ‘90s sound but you can’t help but be drawn to it because of how ear-pleasing the riffs are, and how well they work with the overall level of aggression. The vocals also deserve some credit, as they stick to the guttural sound but still provide some variation and have a tendency to increase the ‘crazy’ sounding factor without making it seem silly (see “Bloodbath”).

Left to Rot is a pleasant debut for Putrefied Corpse, even if you can rattle off some of the band’s influences without a second thought. Tight songwriting and a high fun factor are the two components that keep this style fueled, and Putrefied Corpse already have this locked in.