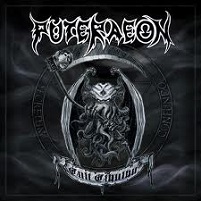 Here comes another trip into the chunky abyss that is the old-school death metal revival. Sharing numerous traits (aesthetically and aurally) with labelmates The Grotesquery, Puteraeon have come again barely a year and a half after their debut The Esoteric Order to throw down another filthy helping of obscenely thick and obscenely catchy death metal. There isn’t anything here that hasn’t been done to death in the past or especially in the present, there is nonetheless a quality through and makes this album a keeper for genre fans and newcomers alike.

“The Great Epidemic of 1846” kicks things off and sets the blueprint for what will follow for the rest of the album. A quietly desolate bit of intro guitar (evil, one might say) warms the listener for only a short while before the meat kicks in, bludgeoning with monstrously thick (almost doom-like) guitars flooding out and drowning everything in their path.

Tempo shifts are common from song to song but most settle into a mid-paced grind, notable exceptions and relative riff/speed frenzies being found in the last half of “Conlaceratus” (personal favorite) and the opening of “Shoggoth.” The Lovecraftian themes prevalent across the album are a welcome change from ‘ultra satan/gore’ motifs so common in most blue-collar death metal and when expressed musically add that extra layer of eeriness that really goes a long way toward fantastic moods.

The only knock about the album is its length, for even with as good as many of the songs are there isn’t enough variety between them (or most any death metal) to justify the 45-minute running time. By the time the outright doom stylings of album closer “Liberation” come and go exhaustion is likely. That mark aside it’s a very fun album to spend time with, likely as much fun as it was for those involved to create it. The reign of 1991 continues here in 2012 and considering that Slugathor called it quits, Denial is MIA, and Bolt Thrower is afraid to step out of the shadow of Those Once Loyal, I’ll take thunderous riffage and cavernous death metal however I can get it. A treat. 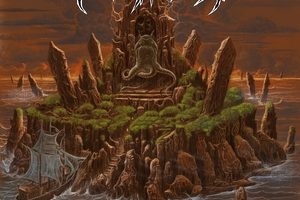 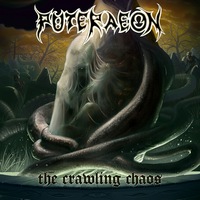