Psython – The Last Days of the Good Times (Self-Released) 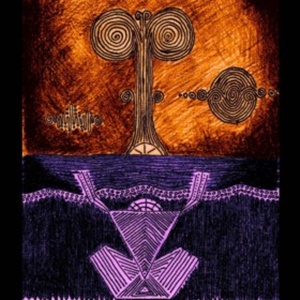 With a motto of ‘Write:Record:Practice:Play’, it’s hard not to admire the creative energy and output of UK act Psython this early into their career. Forming in 2014, they’ve released a full-length a year since 2016 – with The Last Days of the Good Times their third consecutive album in the series. Appeasing followers in the internet age isn’t easy – so pumping out fresh material ensures a lack of stagnation, and hopefully keeps the band top of mind as well.

Opening with bells and mechanized factory aspects during “Knack” for its front half, the instrumental gives way to a churning bass/rhythm swing that allows the guitars to chug at a firm mid-pace – and then the manic progressive thrash burst of “Sozzard” obliterates your speakers, a cat and mouse game between the raspy vocal screams and hypnotic background support while the riffing and tempo charge fervently down the train tracks. The keyboard/orchestration embellishment often provides musical interplay synchronized movements, but it’s clear this three-piece enjoy thinking outside the box for segmentation, groove/hook combinations, and elevate their game to levels of Vektor-like insanity one moment, then go for progressive/ alternative rock tranquility the next. Talk boxes, cultural harmonies, underwater vocal effects – whatever it takes to achieve the ideal final product song to song, that’s the Psython approach and it works brilliantly. Favorites change daily – for this scribe’s dough, it’s hard to beat the shape shifting speed to twin guitar spots surrounding “Semantic Psychopath” and heads down pounding metal that “Phallus of the Goddess” provides- although the epic 6:03 title track closer provides clean melodies and a somber Maiden-like musical aspect to twist things again. And the venomous rhythm vocalist Bing Garcia unleashes assuredly causes walls to crack and glass to shatter, it’s like a perfect combination of Sam Kinison swirling into Jens Kidman of Meshuggah.

Psython come from a semi-technical, progressive standpoint in their thrash platform, but also aren’t afraid to push the Powertrip/ early Megadeth/ crossover angles and entertain while piling on the riffs and tempo changes. The Last Days of the Good Times grabs you, shakes you up, and makes you feel alive – the best thing a record can do in metal today.