Protokult – No Beer in Heaven (Self Released) 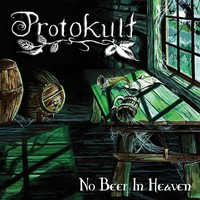 More beer action, this time by way of Canada’s Protokult. As noted in the accompanying press materials, even though the band is Canadian, they’re a multi-national bunch, with its members having Czech, Irish, Polish, and Russian heritage, thus giving their sound a…multi-national flavor. There you go. They play a decidedly uppity, Euro brand of folk metal, though, with some kinks in the mix that are in need of repair before they can start hob-knobbing it with the likes of Equilibrium, Korpiklaani, and the lot. Then again, No Beer in Heaven isn’t as low-brow as it looks, so the band has that going for themselves…

Opener “Get Me a Beer” is a bit misleading for the rest of the album; a jolly, mead-room stomper, with the now pre-requisite “Beer!” chants frothing about. (This sort of stuff is getting old fast.) The band’s strength lies within the male-female vocal interplay of Martin Drozd and Ekaterina, who easily takes over her dude counterpart on cuts like “Heaven Cast Me Out” and the rather Euro “My Father’s World.” The more traditional/epic-inclined “Edge of Time” should also be considered a winner, displaying an Angels Fall First-era Nightwish type of approach that while light on the symphonic elements, certainly has that sort of feel. Other tracks of note included the more death-tinged “Desert Scourge” and wistful, misty “Summer’s Ode,” which takes virtually the opposite approach of the album’s opening jam.

A bit curiosity should be tied as to why Protokult thrusts the beer element over their rather competent symphony and epic metal tendencies. Obviously, it’s a sure-fire way to get punters in the door, but it’s also a quick way to limit one’s career. Therefore, No Beer in Heaven has its merits, particularly if one decides to lunge for the less goofy, more Euro-based jams, of which there are plenty to indulge in. 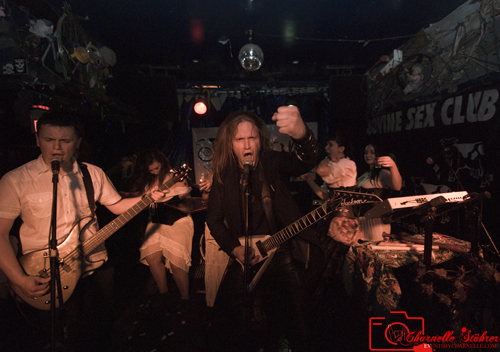