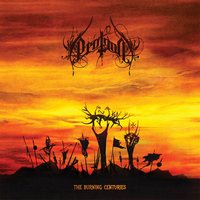 A thematic album of symphonic black metal focusing on tales of warfare, mythology, and legends might not might not initially sell you, but give it some time. Protean have done their homework here, and offer tales of Hannibal (no, not Lecter but of the Punic Wars), Vikings, the Hungarian Black Army, and more among these seven tracks. Nice to have a little variety in the lyrical content, and The Burning Centuries will give you that.

To be clear, the symphonic elements on The Burning Centuries aren’t always upfront and center. Don’t expect Dimmu-levels here, it’s more of a subtle, in the background piece to the band. It adds a certain nuance to the music, and keeps the focus on the rest of the band. Going along with the different time periods in which the lyrics are based, the songs themselves add some needed diversity. There’s mid-tempo stompers such as “Bringer of Fear” that go neck-in-neck with the faster, tremolo-picked blasters like “The Longships are Burning” (which also features a nice atmospheric break in the middle with clean guitar). It’s not until “Swordwraith” that some clean vocals enter, but they are an effective inclusion and add a bit of extra flavor to the track. The closer, “Sorcerer Baron” even has some rock-ish groove hidden at one point to round out the blackened attack.

Understanding that blasting and tremolo melodies will only get you so far, Protean takes the usual black metal aesthetics and sneaks in some added influences to keep the listener compelled throughout The Burning Centuries. If one is looking for more traditional black metal with a little extra, this one is going to be right up your alley.