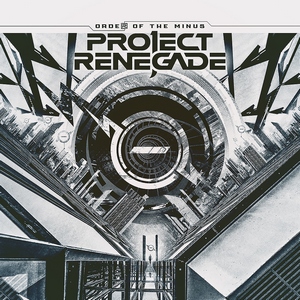 Project Renegade first made a splash to this scribe when perusing Bandcamp for some new music and came across the Cerebra EP in 2017. Modern, alternative metal at its finest, the EP showcased some promise for the band in their ability to execute some gothic, atmospheric melodies and still maintain an enjoyable level of heaviness while employing some electronic elements as well. As the band’s first full-length, Order of the Minus sees the band’s potential fully executed.

For the uninitiated, Project Renegade’s version of gothic/alternative metal is more along the lines of Lacuna Coil and Evanescence than that of say, Epica or Within Temptation. There’s a direct, heavy edge to the whole thing that brings out the band’s darkness. Crunchy guitars and slightly eerie gothic vibes are more or less the order of the day, and the band wisely focuses on groove while maintaining a catchy, modern metal sensibility. The use of electronic and industrial elements gives the music a more cinematic scope, something that the closer “Black Mountain” really capitalizes on in slowly building up the track to epic levels by its conclusion. Likewise, it’s used by other tracks like “The Strain” to ramp up the urgency as the guitars fire away at a driving midtempo. Of course, there’s some light that infiltrates the band’s sound, with moments of soaring grace bringing songs like “Sylar” and “Liber8” to the next level. Marianna Florou’s vocals provide a nice contrast with the chunky guitar tone, bringing a certain calm amid the storm, imbuing the songs with energy and passion.

Order of the Minus works because the songs manage to balance the right amount of metallic heaviness with gothic dreaminess and cinematic flair. There’s a punchy energy to the whole thing, even in its most dark and atmospheric, which is something that few bands can capture this early on in their career. Project Renegade is bound for big things given their already masterful songwriting prowess.